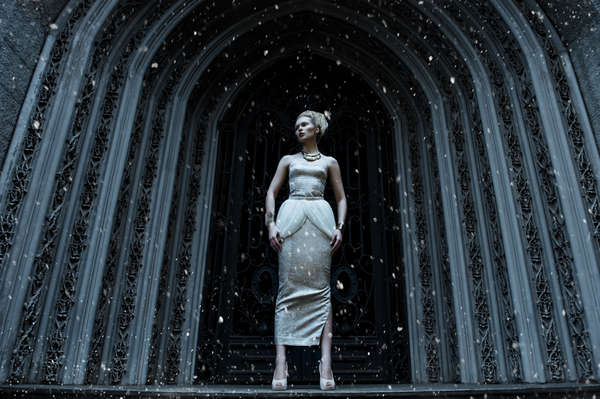 Meghan Young — May 15, 2013 — Fashion
References: facebook & fashionising
Share on Facebook Share on Twitter Share on LinkedIn Share on Pinterest
The Fallen Throne photo series might be inspired by the Elizabethan era, more specifically, the transition point between the Golden Age and the Dark Era, but it succeeds in not relying on all of the cliches that make up such time periods. Although undeniably regal and graceful, the looks are entirely modern, straight down to its interpretation of the traditional powdered updo.

Shot by photographer Denny Tjan, The Fallen Throne photo series may revolve around the decay of the empire, but there is still beauty to be found in destruction. In this case, beauty has a name: Marika Marienka. Outfitted by stylist Chrisna Sujatmiko, who also worked on hair and makeup, she strikes a magnificent figure against ornate backdrops. The entire wardrobe, including shoes, were designed by Riana Budiono.
4.2
Score
Popularity
Activity
Freshness
View Innovation Webinars