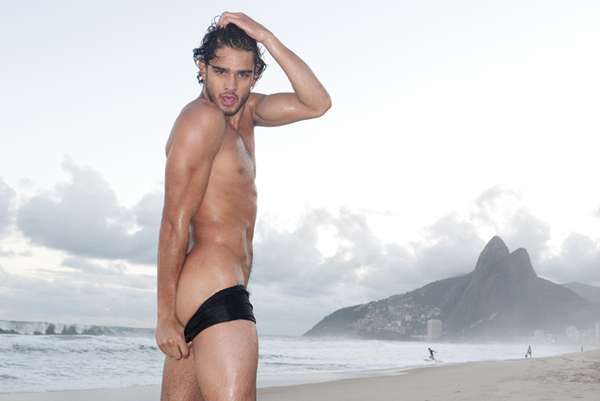 There's little fashion to speak of in this photo shoot: Marlon Teixeira wears only a black pair of short swim trunks, and his curly hair is wet in most of the photos. Like many of Terry Richardson's other pictorials, the focus is on the model's face and physique.
5.7
Score
Popularity
Activity
Freshness