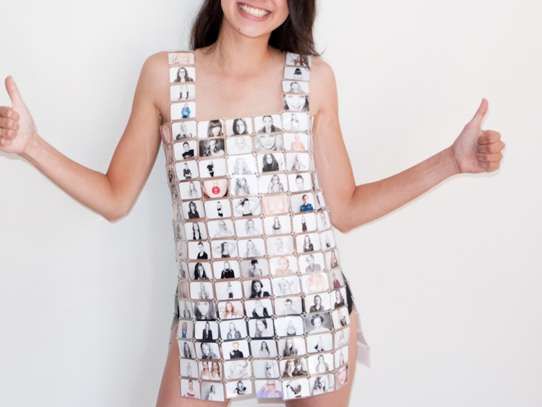 The Terry Richardson Dress by Hally McGehean is Hipster Hot

Known for his controversial and stripped-down shots, Richardson has made a name for himself in the fashion world and is now a household name. This one-of-a-kind dress is an incredible tribute to the NYC photographer, who is now a favorite among celebrities and fans alike. The dress features shots from some of Terry's most famous sets, like the July 2011 fresh-faced Kesha shoot.

Whether you're a fan of the famed photographer, or you're new to his work, you've got to admire this awesome handcrafted Terry Richardson dress. It would definitely have heads turning on the runway and on the street, and as a fan of TerrysDiary.com, I'd love to have one to call my own.
5.9
Score
Popularity
Activity
Freshness
Get Trend Hunter Dashboard