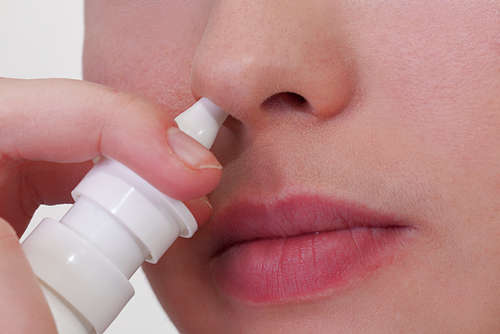 Meghan Young — November 6, 2012 — Lifestyle
References: updates.io9 & dvice
Share on Facebook Share on Twitter Share on LinkedIn Share on Pinterest
Tefina by Trimel Pharmaceuticals Corporation is a nasal spray that is purported to increase the libido of women. Touted as the “female Viagra,” it addresses female orgasmic disorder, which is the female equivalent of erectile dysfunction. Although critics claim that this is a solution to a fictional problem, Tefina by Trimel can very well help women to better control their sex drive.

Currently undergoing a clinical trial in Australia, Canada and other parts of the world, Tefina by Trimel is meant to be taken an hour before a sexual encounter in order to effectively boost female sexual arousal and satisfaction. Despite the criticism of the drug, if Tefina by Trimel is proven to help women in the bedroom, than it simply becomes a personal preference to use or not use it.