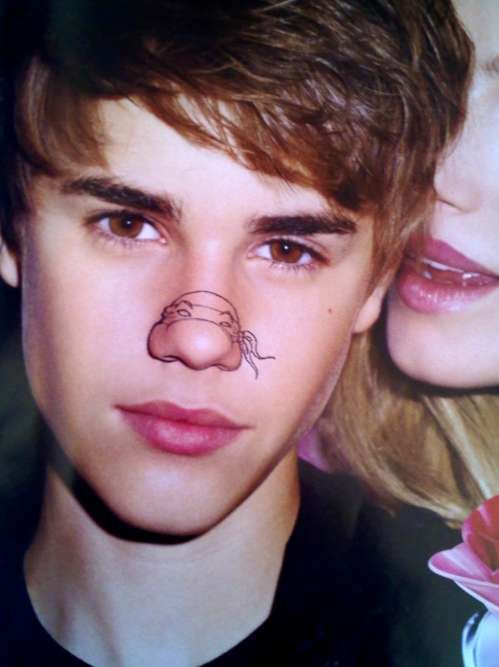 The blog consists of everyone from celebs to royalty, with the base of their noses worked into impeccably accurate depictions of Teenage Mutant Ninja Turtles lead cartoon characters. Justin Bieber’s bill gets the Raphael remake, Beatle George Harrison’s nose is fit for a Donatello design, and even Angelina Jolie’s perfect proboscis is not impervious to a mutant reptilian makeover. The wisest in marker-wielding masters, creator Simon Fletcher, even modestly admits, “God is the artist. I just find the Ninja Turtle in his work.”