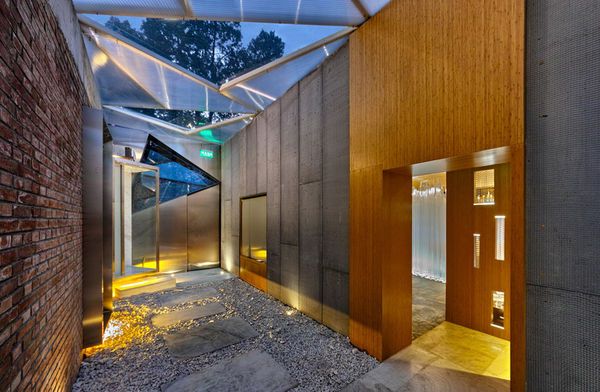 While Beijing is no longer run with this extreme divide, the Forbidden City is still a reminder of this time that once was. Cutscape Architecture has made an attempt to merge the outside with the inside of this once sacred place by building the Red-Wall Teahouse. The small place to grab a drink starts within the Forbidden City, but also extends beyond the walls and into the streets where the commoners once stood. Moreover, the architectural design is quite modern, again symbolizing a merging of the old with the new.