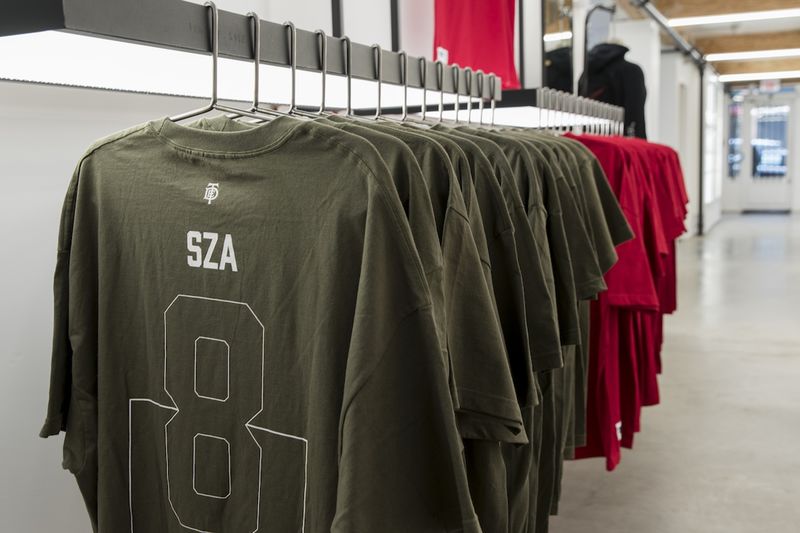 Ellen Smith — May 8, 2018 — Pop Culture
References: txdxe & hypebae
SZA and Kendrick Lamar opened up a TDE pop-up in light of their Championship Tour, offering guests the opportunity to purchase items from a limited-edition collection of TDE merchandise.

The Vancouver-based pop-up featured an assortment of inventory that's sure to impress any fan, including jerseys, baseball caps, graphic tees and even socks. The store's clothes are full of niche references only true fans of the brand will understand, while also including more basic items for those simply looking for something new to add to their wardrobe.

The pop-up opened on May 4th, the same day as the pairs' show at Rogers arena in Vancouver. The pop-up was only open for one day, and served as a creative means of building anticipation for the show.