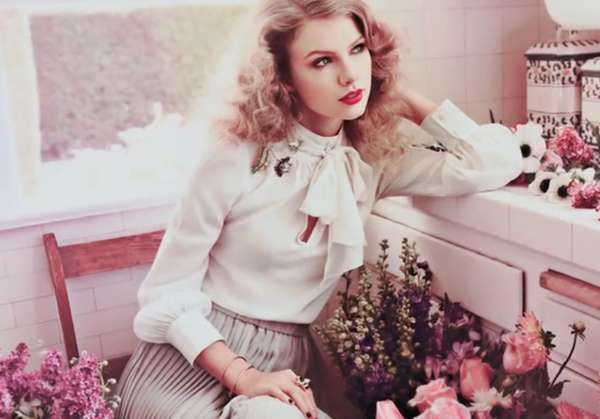 Corinne Guirgis — June 30, 2011 — Fashion
References: teenvogue & cocoperez
Share on Facebook Share on Twitter Share on LinkedIn Share on Pinterest
The Taylor Swift August 2011 Teen Vogue cover and photo spread puts the country star in a new light. The 20-year-old singing sensation has significantly influenced the music industry and and is one of few young starlets who epitomize clean-girl chic. Both of these elements make her the perfect choice for a shoot like this, which has her straddling the boarder between poppy adolescence and adulthood.

The shoot shows off a different side of Swift, who is admittedly fascinated with the old Hollywood glam styles of Jackie O and Marilyn Monroe. When Swift shot for Teen Vogue three years ago, her career was just taking off, and her image and look have transformed significantly since then.

Implications - The current culture is such that the influence of celebrities extends far beyond the field for which they are most known. As certain celebrities become recognized as fashion icons, teen idols or positive role models, publications, fashion designers and other brands are eager to use them to drive sales.
4.1
Score
Popularity
Activity
Freshness
Access Advisory Services