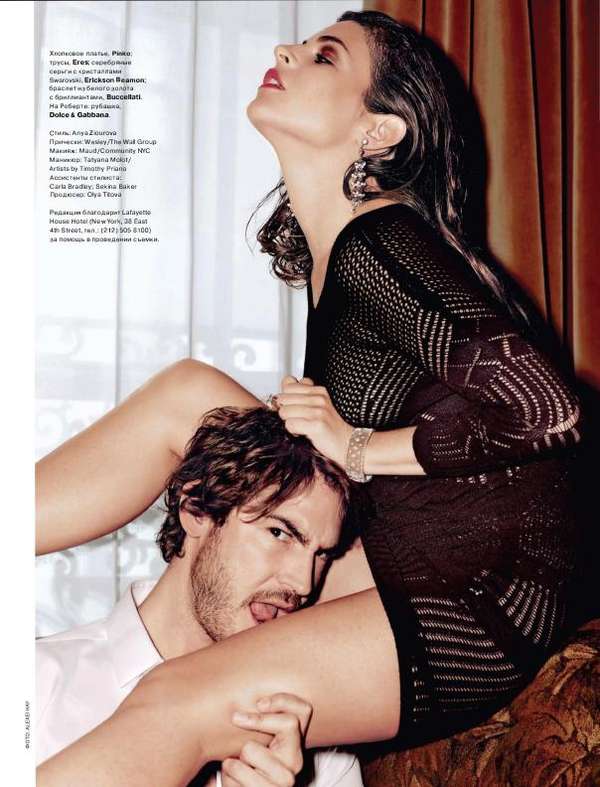 The Tatler editorial shows Restoin-Roitfeld on top of Konjic in a naughty pose. In one photo, Restion-Roitfeld feeds Konjic grapes, almost forcefully. One of the more interesting pictures features this vamp female model spraying water in her counterpart's face, symbolizing the need for him to cool off.

The Tatler Russia April 2011 spread may need its model to do just that to its viewers, as the shoot is sensual and steamy.
4.8
Score
Popularity
Activity
Freshness
Get the 2021 Trend Report FREE