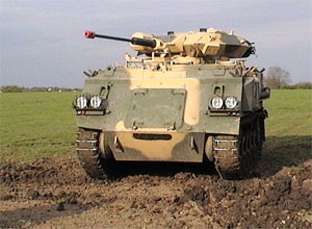 In short, I would describe this as awesome. The company uses more detail, "Tank driving would be most people's idea of fun, but imagine the thrill of actually taking part in a tank battle - not with live ammunition, but with paint!! Take it in turns as part of a three-man crew to negotiate a tricky tank course set in a world war II bombing range. Your tank of choice will be a unique 17 tonne FV432 armoured personnel carrier, with specially modified cannons capable of firing 40mm paint rounds. Under the guidance of your on-board instructor you will get the opportunity to drive the tank, aim the cannon, load the breach and fire the air powered cannon. To get you into your role as an artillery man (or woman!) you will be issued with radio headsets, kevlar helmets, tank suits and gloves. Once you are able to successfully operate the tank, the hatches are closed and you are free to engage in full on armoured warfare against an opposing team using only your periscopes to guide you! Aim and fire!"