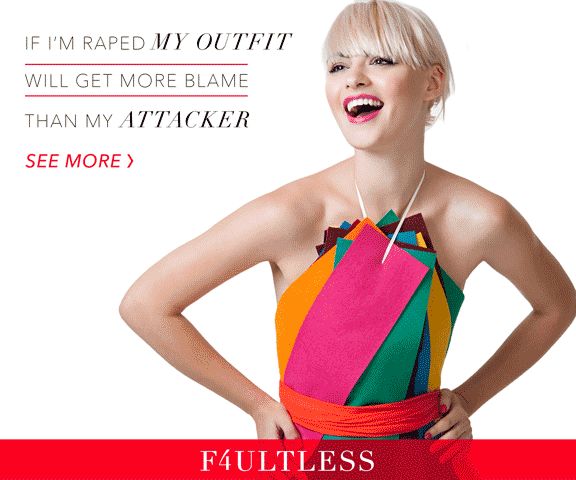 This Campaign Tackles Rape Culture and the Ubiquity of Victim-Blaming

Katherine Pendrill — February 3, 2016 — Marketing
References: lookdifferent.org & bustle
Share on Facebook Share on Twitter Share on LinkedIn Share on Pinterest
MTV's new 'Invisible Ads' campaign tackles rape culture by brilliantly pointing out that doing nothing to combat harassment merely perpetuates the dangerous cycle of sexual violence. While there have been a number of efforts to raise awareness about sexual assault, this campaign goes a step further and points out our own complicity when we ignore these issues.

The Invisible Ads consist of a series of posters adorned with phrases such as, "If I'm raped, my outfit will get more blame than my attacker" and "Sexually assaulted? Witnesses are standing by reluctant to report it." The text not only draws attention to the issue of victim-blaming, but it also tackles the issue of rape culture more generally. Specifically the ads demonstrate that by saying nothing, we are only perpetuating the cycle of violence. As the Invisible Ads website explains, "Ignoring rape culture the way we ignore ads doesn't make it go away."

The ads ultimately send the message that although we can ignore these kinds of issues, we cannot hide from the way they impact women in our society.
5.4
Score
Popularity
Activity
Freshness
View Innovation Webinars