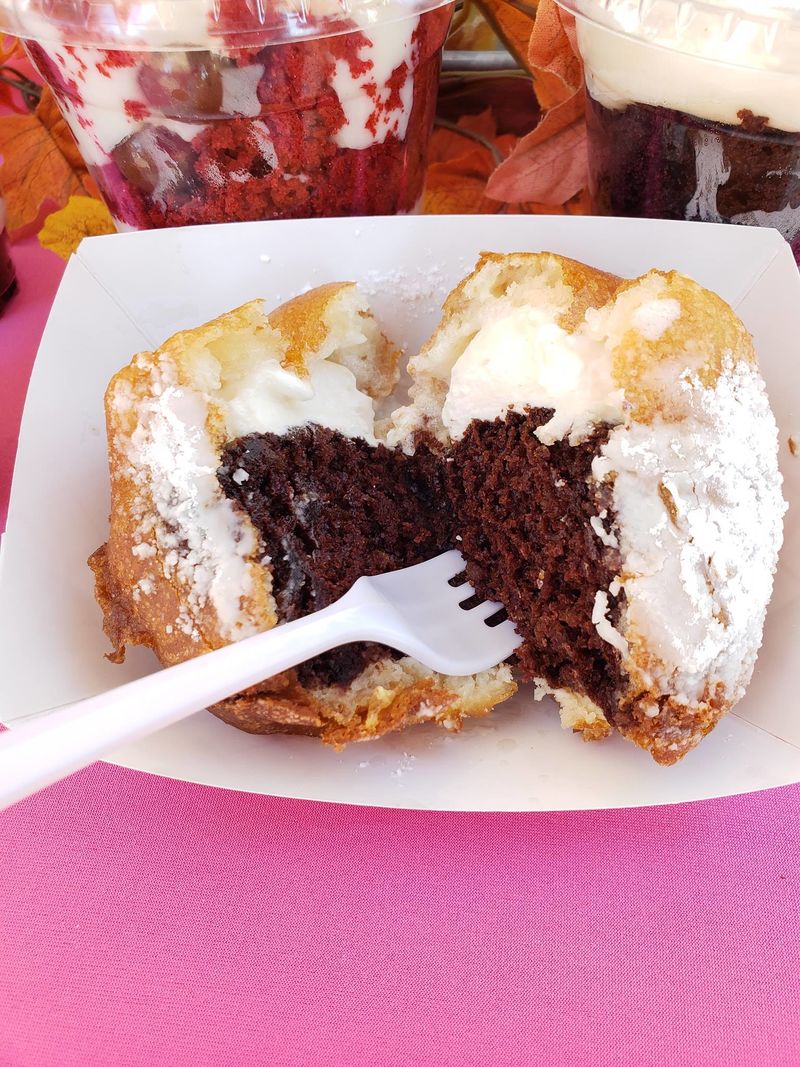 Sweet Girlz Bakery is the genius behind the deep-fried cupcakes, which were served up at the annual BaconFest in Easton. The bakery allowed visitors to pick from any one of its ten different cupcake options, which included mouth-watering flavors such as Maple Bacon, S'mores, and Pumpkin Bacon. The cupcakes were then coated in a layer of bater and deep-fried to give them a crispy, golden exterior and a fluffy cake interior. Naturally, the cupcakes were also finished with a sprinkling of powdered sugar (a la funnel cakes).