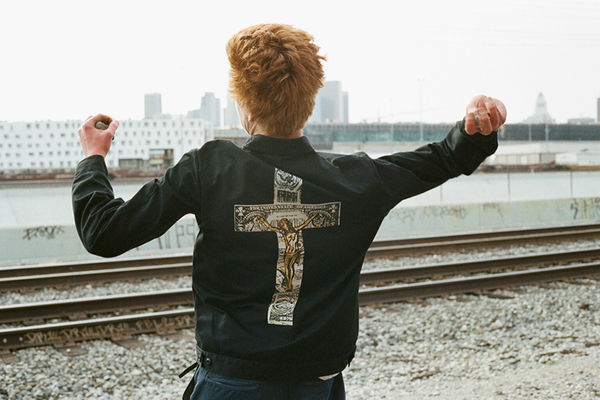 Vasiliki Marapas — April 9, 2014 — Fashion
References: supremenewyork & highsnobiety
Share on Facebook Share on Twitter Share on LinkedIn Share on Pinterest
The Supreme SS 2014 lookbook showcases the brand's collaboration with the Dead Kennedys. Each of the items in the collection, from t-shirts to sweatshirts and work jackets, are emblazoned with artwork from the hardcore punk band, originally fronted by Jello Biafra.

Musically inspired collaborations are custom for the brand, which has worked with names such as Lady Gaga and Miles Davis in the past. For those unfamiliar, the Dead Kennedys were a fundamental part of the punk sub-culture, releasing music with politically charged lyrics and abrasive sounds. The release of this capsule collection, which will be available April 10th, marks yet another creative rebirth of the band, who re-formed in 2001.