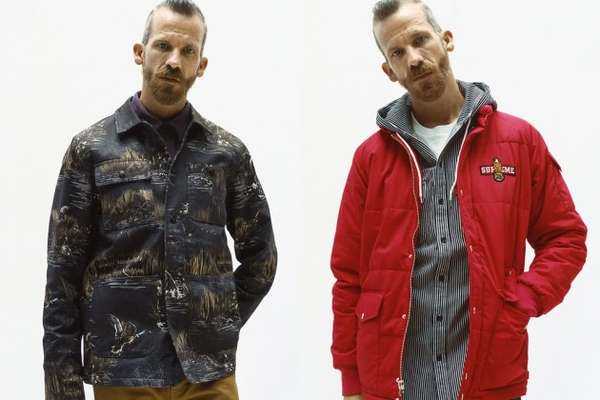 Supreme has been a strong force in the men’s fashion community and its much-anticipated fall and winter collection has finally been released. The lookbook is modeled entirely by skateboarder and photographer Jason Dill. Jason is one of the most recognizable people in skateboarding today and it was a good choice on Supreme’s part to feature him.

The new collection features a wide variety of jackets, coats, hoodies, pants and shirts that are perfect for this upcoming chilly season. Available on August 23rd at either the New York, Los Angeles or London stores and showing in Japan on August 25th.