Bid On Concorde Parts
Next
Set of
Related
Ideas 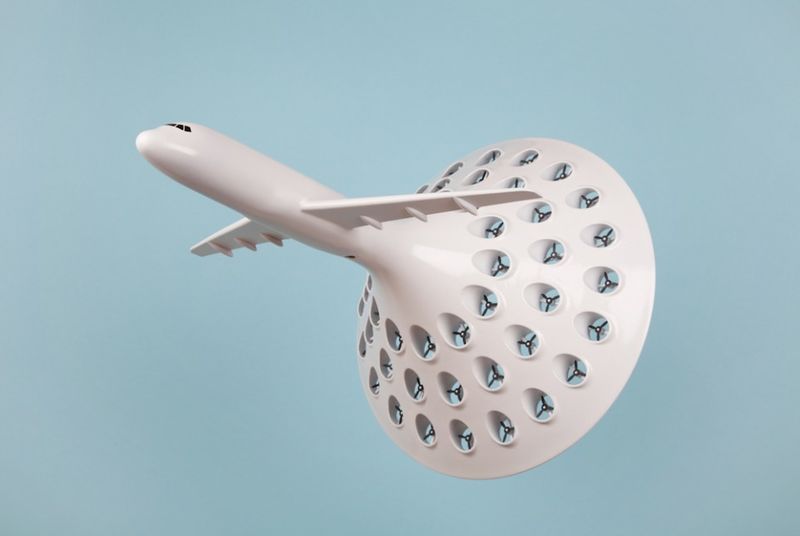 These Jet Designs Could Spark Advancements in Aviation Technology

Cadhla Gray — September 22, 2015 — World
References: highspeedhorizons.org & psfk
Share on Facebook Share on Twitter Share on LinkedIn Share on Pinterest
If there were no rules in aviation, no laws for the speeds at which planes could hit and the ways in which they could be built, these four supersonic planes could be realities. Imagined and designed by artist Tim Clark for the project, "High Speed Horizons," these aviation technologies imagine sonic boom-powered airplanes.

One of the incredible planes is called the 'Sonic Sundae,' an aircraft that would fit one pilot and run on a sonic boom-powered engine. It wouldn't be able to lift off on its own so 'Big Mama' would be needed to get it up to a certain altitude. Another plane, 'Boomjet,' would look much like an umbrella, with a wide-coned fuselage containing 47 propellers. The aircraft would also have the ability to land vertically into the water and to be tugged to shore by boats.

These creative ideas go alongside the artist's view that supersonic planes should not only be limited to the military. If that wasn't the case, many more advancements in aviation technology could be made -- innovating travel across the globe and in space.
6.6
Score
Popularity
Activity
Freshness
Attend Future Festival Virtual