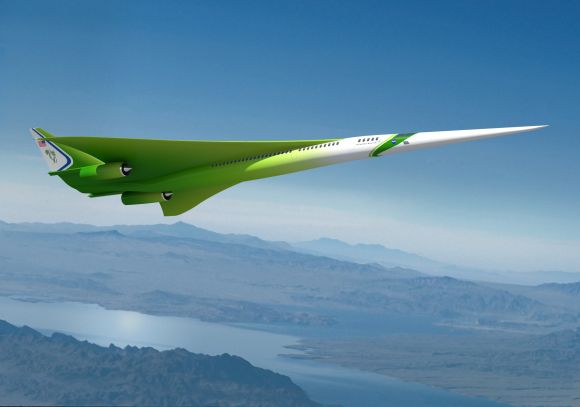 Laura McQuarrie — July 8, 2014 — Eco
References: aeronautics.nasa.gov & en.rocketnews24
Share on Facebook Share on Twitter Share on LinkedIn Share on Pinterest
NASA'S N+3 Supersonic jet is a concept for a super quiet and sustainable lean green flying machine. It's now been over a decade since the last supersonic passenger jet took flight, but in an 18-month, $1.96 million project led by the Lockheed Martin Corporation, NASA has plans to develop an aircraft with a decreased sonic boom, which could mean that supersonic aircraft could make a return to the commercial market in the future—somewhere between 2030 and 2035.

Research for the N+3 will focus on structure, aerodynamics, emissions and fuels, showing off top-notch green technology to prove that there is a viable future for supersonic passenger travel. Instead of a slow trip overseas by subsonic aircraft, this could mean that there may be a better, faster mode of transport to look forward to in the future.
5.7
Score
Popularity
Activity
Freshness
Get the 2021 Trend Report FREE