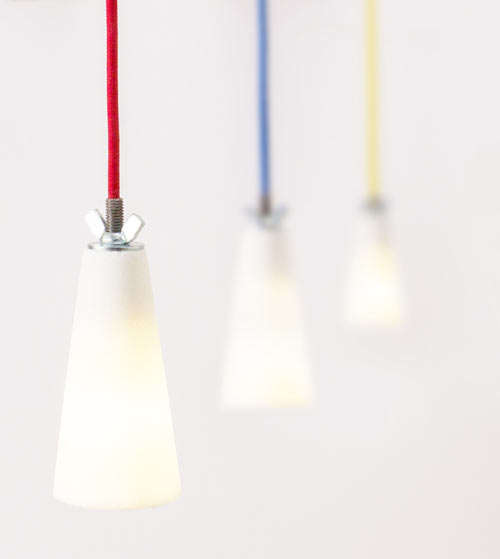 The Suesslicht Lamp by Voxel Studio Both Looks and Tastes Sweet

Meghan Young — February 27, 2013 — Art & Design
References: voxel-studio.de & design-milk
Share on Facebook Share on Twitter Share on LinkedIn Share on Pinterest
At first glance, there doesn't appear to be anything odd or even unique about the Suesslicht Lamp. A simple pendent light, it has a soft white lampshade that is offset by a vibrantly hued cord. As it turns out, however, looks can be extremely deceiving. The Suesslicht Lamp is made out of sugar. Thus, it has appropriately been shaped like a sugarloaf, which was how refined sugar was produced and sold until the advent of sugar cubes.

Designed by German-based Voxel Studio, the Suesslicht Lamp was created through a careful process: sugar crystals are mixed with a water base, then pressed and dried, forming the thin, crystalline shell of the lampshade. When turned on, it shimmers subtly.
4.4
Score
Popularity
Activity
Freshness
Get Better and Faster