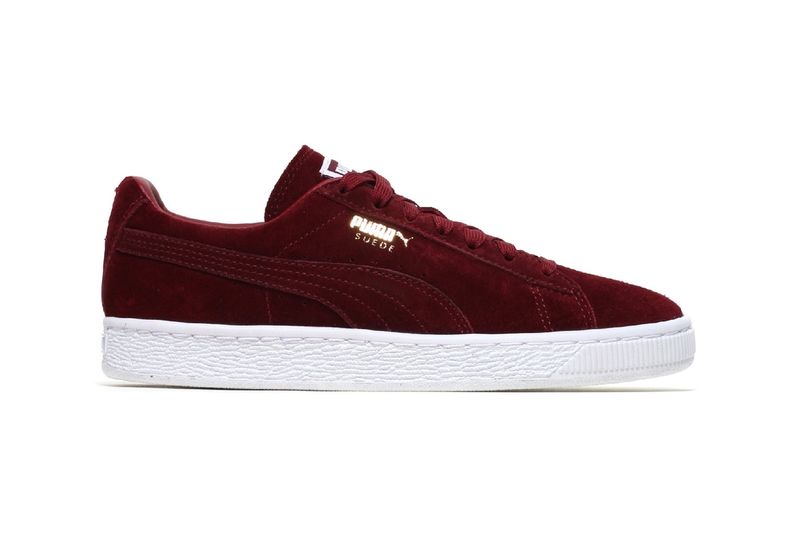 In order to make the sneakers even more versatile, the brand leaves the uppers just one color, allowing the quality of the build and the material to stand out even more. Near the laces on the sides, the Puma's usual branding is included in small gold letters, which also state the name of the model. More branding is featured on the tongues as well, where Puma's name is featured within the confines of a small box logo that's a stark hue of white for contrast. Both the burgundy and navy blue Suede Classics can be purchased from retailers such as Naked.
4.7
Score
Popularity
Activity
Freshness
Jeremy Gutsche Keynote Speaker