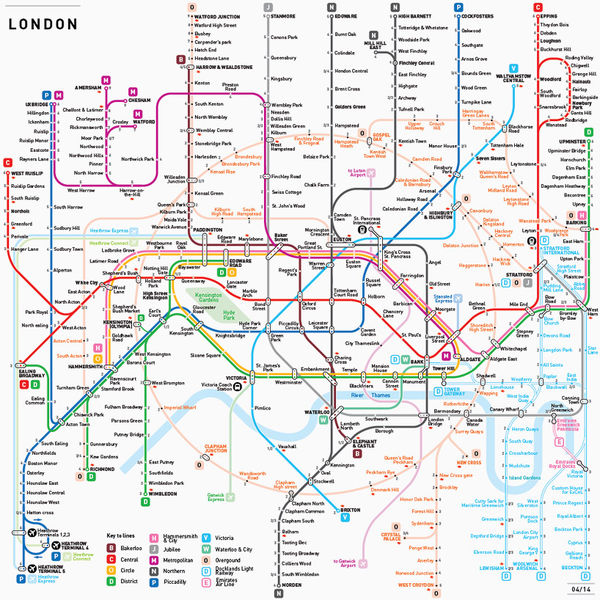 Jug Cerovic is Standardizing Subway Maps from Around the World

Rahul Kalvapalle — April 10, 2014 — Art & Design
References: inat.fr & designboom
Share on Facebook Share on Twitter Share on LinkedIn Share on Pinterest
If you've ever traveled to a big city that is unfamiliar to you, it's likely that you've encountered the challenge of reading complicated and unintelligible subway maps in a bid to figure out how to get to where you need to be.

To combat this, French-Serbian architect Jug Cerovic has taken it upon himself to standardize subway maps from big cities around the world with INAT, a project that aims to unify global subway and metro networks by creating maps that are easy to read and memorize.

Cerovic's subway maps enlarge city centers, making room for crowded clusters of lines and connecting stations. All the maps feature a standard set of symbols including different-colored lines, stations, connections and station labeling. Jerky, snaking lines are shelved in favor of vertical, horizontal or 45-degree lines with no more than 5 bends on their entire length.

The text on all these subway maps is available in both English characters and local scripts, as well as in an array of prints ranging from pocket-sized maps to larger charts for public display.