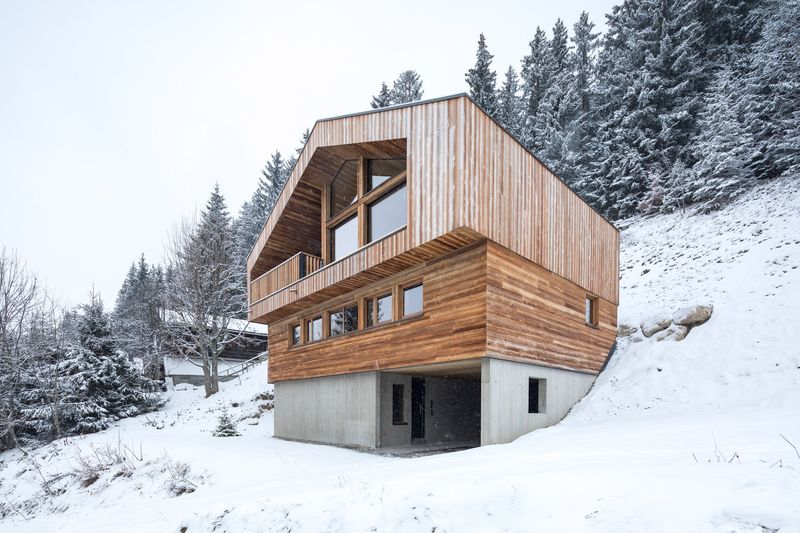 Joey Haar — June 12, 2017 — Art & Design
References: studiorazavi & dezeen
Share on Facebook Share on Twitter Share on LinkedIn Share on Pinterest
Alpine homes, known in their native milieu as chalets, have long adhered to a classic style that's immediately recognizable to people around the world, and Studio Razavi has designed a chalet called 'Mountain House' that sticks to those architectural gestures while still managing a modern, minimalist appearance. The chalet in the village of Manigod, a small skiing town on the eastern border of France, maintains the basic appearance of traditional chalets, with timber facades, a shallow gabled roof, and a concrete basement, but everything else is as modern as possible.

Studio Razavi stayed in line with tradition in the design of Mountain House because of government regulation. The local law has strict guidelines for new buildings, ensuring that they stay close to the chalets that have marked the mountain landscape for over a century. Nonetheless, Studio Razavi used those restrictions to build an even more creative and visually interesting abode.
5.3
Score
Popularity
Activity
Freshness
View Innovation Webinars