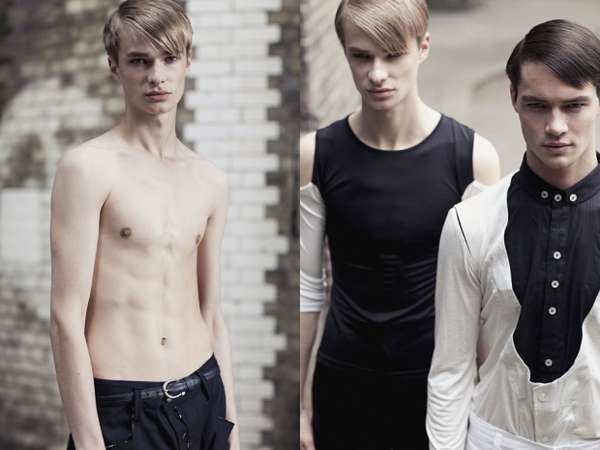 The science fiction-inspired Cecilie Harris shoot features the styling of Craig David Hills, whom put the model duo in ensembles of shirts, sweaters and jackets, making Varcoe and Hartfield looking a lot like the characters from the film, Star Trek. Groomed by hairstylist Karin Kratzeisen, both the models sports neat hairdo.

According to BoysbyGirls, “Cecilie wanted to explore the idea that the boys were part of a breed of artificially created, robot-like beings.”
2.2
Score
Popularity
Activity
Freshness