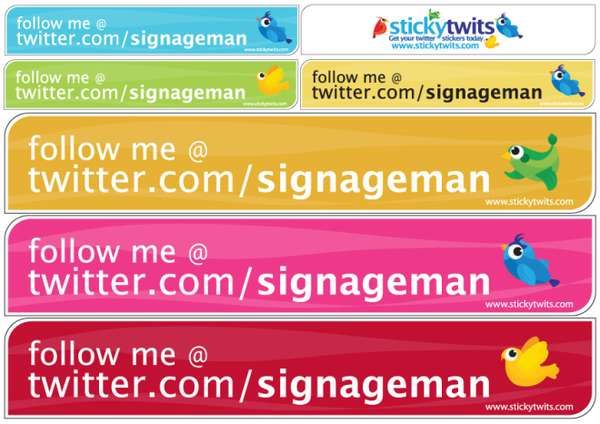 Sticky Twits was born out of a few Twitter nuts who wanted to post their Twitter URL offline as well as online. A designer, a signage guy (with a really cool hi-res digital printer) and a marketing guru made some stickers with their Twitter URLs and stuck them on their cars, computers, office windows, wives, and children. Since then, they’ve decided to share in the sticker fun with the world at large.
3.1
Score
Popularity
Activity
Freshness
Get Trend Hunter Dashboard