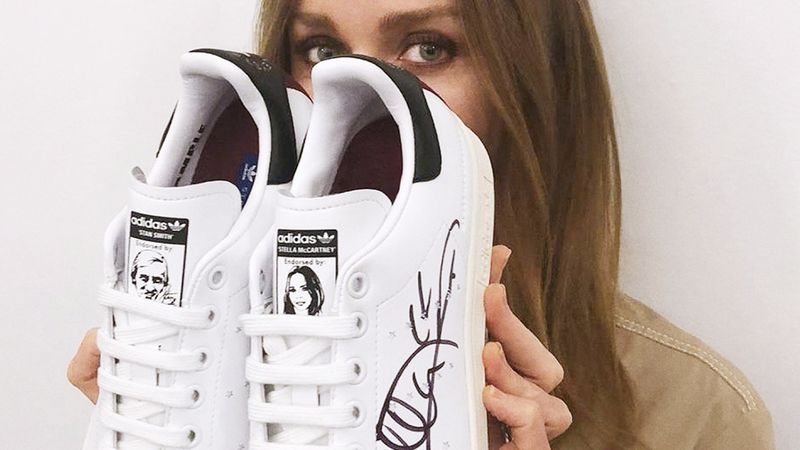 The new Stella McCartney x Adidas line is similar to the first collection in that it features the designer's take on adidas' iconic Stan Smiths. Like the first collection, McCartney has used all vegan materials including animal-free glues and synthetic leather uppers. As far as the design, McCartney has not strayed too far from the classic Stan Smiths look, but she has added her own unique touch. The new version comes with laser-cut stars along the sides, in place of the usual laser-cut circles. The shoes also come with interchangeable laces in both white and ombre rainbow hues. Finally, Smith's face is only included on the tongue of one shoe, while McCartney's face is printed on the other.