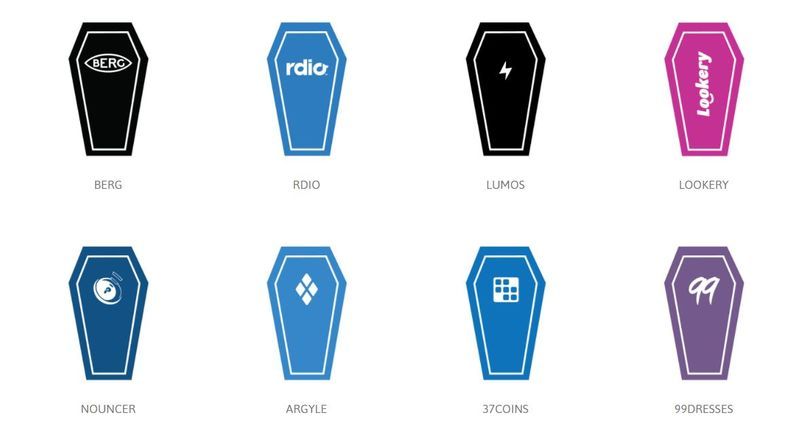 Joey Haar — May 8, 2017 — Business
References: startupgraveyard.io & thenextweb
Share on Facebook Share on Twitter Share on LinkedIn Share on Pinterest
Though Silicon Valley is the modern Mecca for tech startups, not every company is guaranteed to succeed, and 'Startup Graveyard' is new site dedicated to cataloging those failures. It might sound perverse, but Silicon Valley philosophy embraces failure, and as such, Startup Graveyard positions itself as a resource for those looking to start their own companies.

Startup Graveyard is organized into several different industries, including e-commerce, finance, hardware, music, and more. As the site gains new additions, those categories will likely expand. Under each failed startup, the site lists basic information like the run it had, where it was located, its founders, the amount of funding it received, and how many investors backed it. It also includes a list of reasons behind the company's failure, as that information is valuable to people looking to learn from others' mistakes.
3.2
Score
Popularity
Activity
Freshness
Get Trend Hunter Dashboard