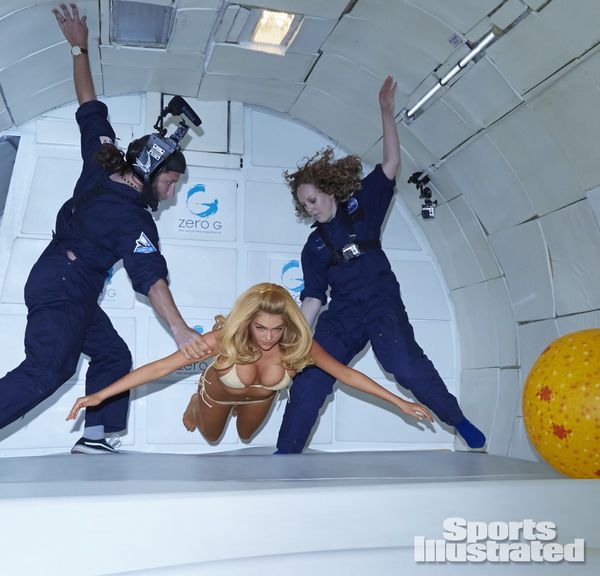 The shoot was done aboard a modified Boeing-727, known as G-Force ONE, as it flew a parabolic flight path and created a zero gravity environment. It's the same type of plane astronauts use to simulate weightlessness when training to go into space. Kate floated on the plane in a gold bikini, as a team of people snapped photographs, managed her hair and did her makeup, all for the magazine's 50th anniversary.

While I'm certain Kate Upton's fans would have been just as happy with or without the weightlessness, the fact that it was done in a zero gravity environment makes the Sports Illustrated Swimsuit 2014 issue a special one indeed.
7
Score
Popularity
Activity
Freshness
Get Trend Hunter Dashboard