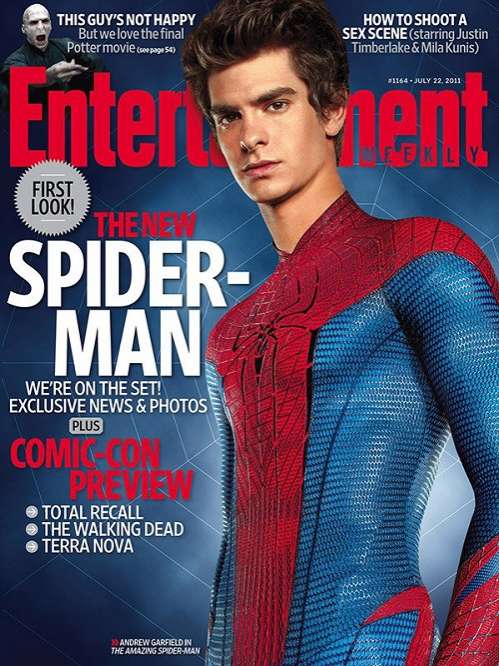 Marie C. Hudson — July 15, 2011 — Pop Culture
References: popwatch.ew & flicksandbits
Share on Facebook Share on Twitter Share on LinkedIn Share on Pinterest
If your ‘Spidey sense’ is tingling, it might be due to the release of the Spider-Man Entertainment Weekly July 22, 2011 issue. Though the newest film in the superhero franchise is only set for release next year, the magazine is offering a first look at the web-slinging action movie. ‘The Amazing Spider-Man’ offers Andrew Garfield as the title hero -- the biggest change since the last films in which Tobey Maguire starred. Garfield was a hit in last year’s ‘The Social Network,’ and he’ll definitely bring a refreshing and younger look to the action franchise.

The Spider-Man Entertainment Weekly issue includes an interview with the new Peter Parker. “I related to Peter Parker [Spidey’s alter ego] so much because I felt like someone else inside,” explains Andrew Garfield, now 27 years old. An extremely talented and likeable actor, Garfield will surely have no problem winning over new and old fans of the Spider-Man flicks. It also doesn’t hurt that he’s pretty easy on the eyes.
1.5
Score
Popularity
Activity
Freshness
Jeremy Gutsche Keynote Speaker