Top 30 Multimedia Trends in March
Next
Set of
Related
Ideas 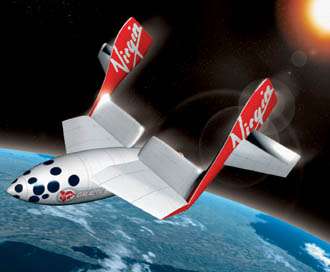 Two Million Virgin Atlantic Miles Get You Into Space

From The Independent:
Passengers on Sir Richard Branson's forthcoming commercial flights into space will have six minutes to somersault freely in zero gravity and contemplate the fragility of the Earth, before strapping themselves in for their return to the California desert.

"The pilot has turned off the 'Fasten seatbelts' sign; you are now free to float around the cabin as you wish," holders of the $200,000 (£107,000) tickets will be told as the Virgin Galactic spaceship reaches an altitude of 90 miles.

Sir Richard unveiled the interior of the Virgin spaceship, promising "the most intense and wonderful experience our passengers have ever had".
4.7
Score
Popularity
Activity
Freshness
Jeremy Gutsche Keynote Speaker