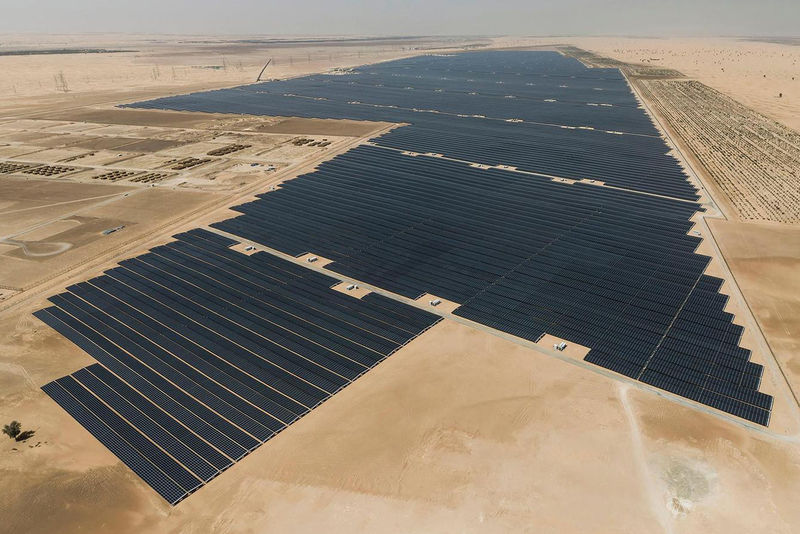 The UAE Has Created the World's Largest Solar Power Farm

Daniel Johnson — July 2, 2019 — Eco
References: twitter & engadget
Share on Facebook Share on Twitter Share on LinkedIn Share on Pinterest
The United Arab Emirates will now host the worlds largest solar power farm. The project was undertaken by The Emirate Water and Electric Company. The project is titled Noor Abu Dhabi and it is currently running. The new solar power farm has a 1.18-gigawatt capacity, which makes it the largest solar producer outside of solar parks.

Noor Abu Dhabi has approximately 3.2 million solar panels, that provide energy for 90,000 people. The project will also lower C02 by approximately 984206 imperial tons. The effects of the initiative will be immense, this would have an equivalent C02 reduction to removing 200,000 cars from circulation.

The UAE is making this move in order to reduce the countries reliance on oil production. As sustainable energy is more widely adopted, the country will not only have to diversify its energy production, but also it's economy.