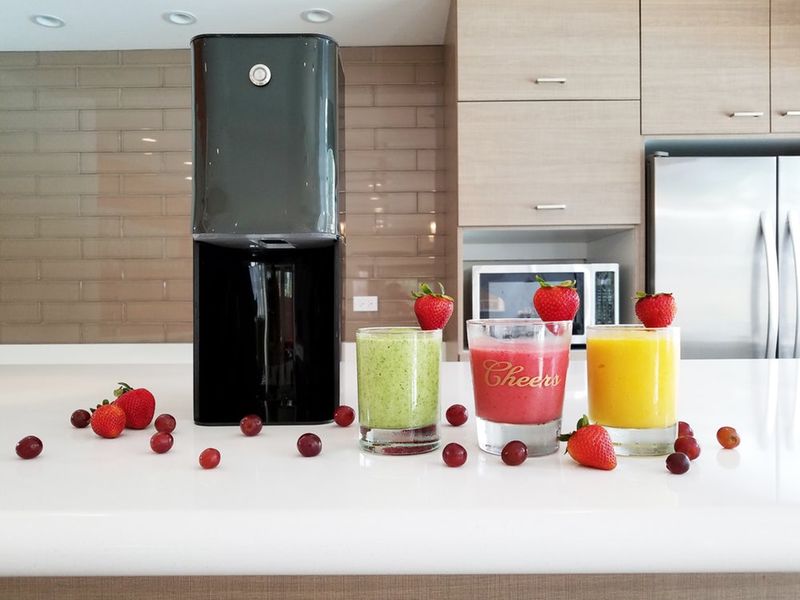 Dubbed Avazzy, this particular smoothie marker uses packets of frozen puree, which are themselves constructed of recyclable material. The packets have to be inserted into the top end of the Avazzy gadget before the button is pressed, causing the puree to be thawed neatly before it slips out into your glass. The entire process of thawing and pouring out the puree takes just four to six minutes.

What's more, the puree doesn't actually come into contact with the Avazzy's innards, meaning you don't have to worry about an elaborate washing procedure every time you want to enjoy a smoothie.

Currently being offered on Kickstarter for a pledge of $299, the Avazzy is a smoothie maker designed for people who enjoy a refreshing, chilled smoothie but don't want to put up with the mess that traditional smoothie gadgets create.
6.5
Score
Popularity
Activity
Freshness
Get Trend Hunter Dashboard

Voice-Activated Faucets
PourMi Helps to Save Time, Energy and Water in the Kitchen