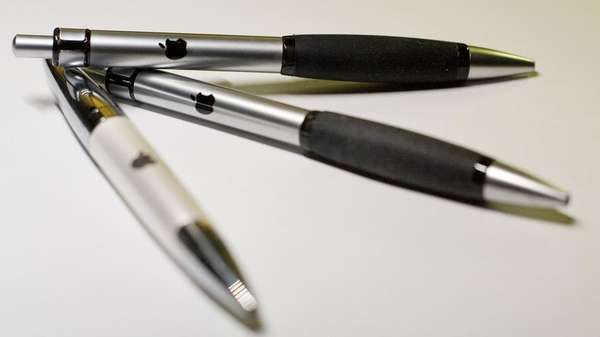 Apple Has Patented a Design for a Smartphone/Pen Combo

While the smart watch could still be in development, the smart pens that Apple patented could be the next big thing. According to the patent documents, the smart pens will not only write on normal paper, but will also be able to send text messages, make phone calls, locate through GPS, receive email, make calculations, keep schedules and tell you the time. There's no announced release date, and a patent is no guarantee of a commercial release, but the concept is fascinating.

While the design is certainly appealing and interesting, I think I would be too terrified to ever use the pen. After all, I lose pens at about the same rate that the Titanic lost passengers after hitting an iceberg.
5.4
Score
Popularity
Activity
Freshness
Jeremy Gutsche Keynote Speaker