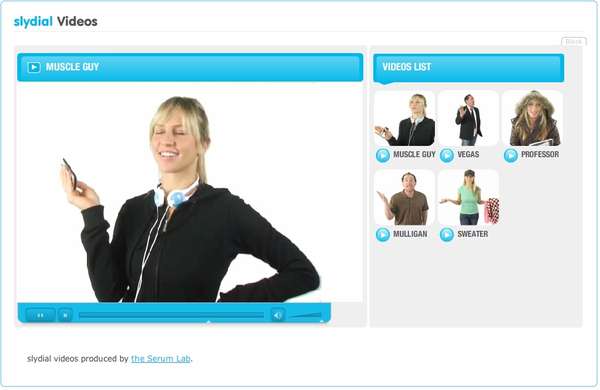 Slydial Leaves a Voicemail Without Placing a Call

This is perfect for those situations where you hope the other person won’t answer the phone.

Basically, Slydial’s creators have invented an innovative and creative way to “reach out and touch someone” you don’t really feel like touching, or do not want to bother, or with whom you don’t have the time to chat.

Spouses on nights-out or teens who went to a friends to “watch a movie,” can rejoice as they’ve shown a legitimate attempt to contact an angry partner or parent and let them know they’ll be a bit tardy getting home.

“Honey, just wanted to let you know that my phone is almost out of batteries. I tried to call and ask you to pick me up because Jim’s car broke down on the home from the bar but since you didn’t answer, now I’m going to be late!  I’ll be home when I find another ride.  Love ya Babe, by for now.”

Since the phone of the person trying to be reached does not ring, it makes it appear that you’ve made a valiant effort (from your number) to contact them.  Once the message is left, the recipient won’t know until a minute after the fact when their cell buzzes or land line receives a ring...before connecting directly to voice mail.

“I tried to call and tell you I’d be late but you didn’t answer!”

The Slydial messaging service doesn’t solely market this new technology as a way of being deceptive and sneaky though...because the phone of the person you’re trying to reach doesn’t ring, you won’t interrupt them if they are sleeping or in a meeting.  So you see, Slydial isn’t just used for its potentially sly attributes, there are legitimate reasons for not wanting to directly speak with someone.
2.2
Score
Popularity
Activity
Freshness
Attend Future Festival Virtual