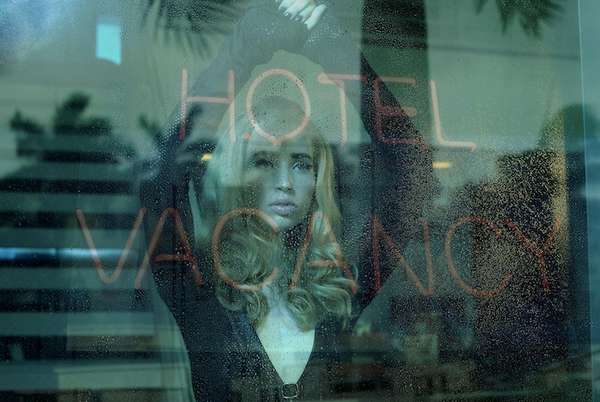 Captures by Remi Rebillard are Moody

Courtney Scharf — May 7, 2012 — Fashion
References: remirebillard & mymodernmet
In a new photography series titled 'Sleepless' by Remi Rebillard, the French photographer showcases his eerie new set of haunting captures. Dark, sullen and definitely moody, the photos are a breath of fresh air among a parade of springy, ethereal images.

With the help of model Elizabeth Ferrara Twaits and hair and makeup specialist David Calcinai, the team creates an eerie aesthetic, telling a story to the viewer that is obviously without a happy ending.

Expressionless faces, waxy in appearance, along with cheap motel signs, give off the idea that viewers cannot understand what's being depicted in the portraits, and probably don't want to. Even still, the Sleepless series by Rebillard manages to convey a definite feeling of despair.

Sure to change the easy-breezy aesthetic that typically defines a spring season, Rebillard's collection is a welcomed change of pace.
4.4
Score
Popularity
Activity
Freshness