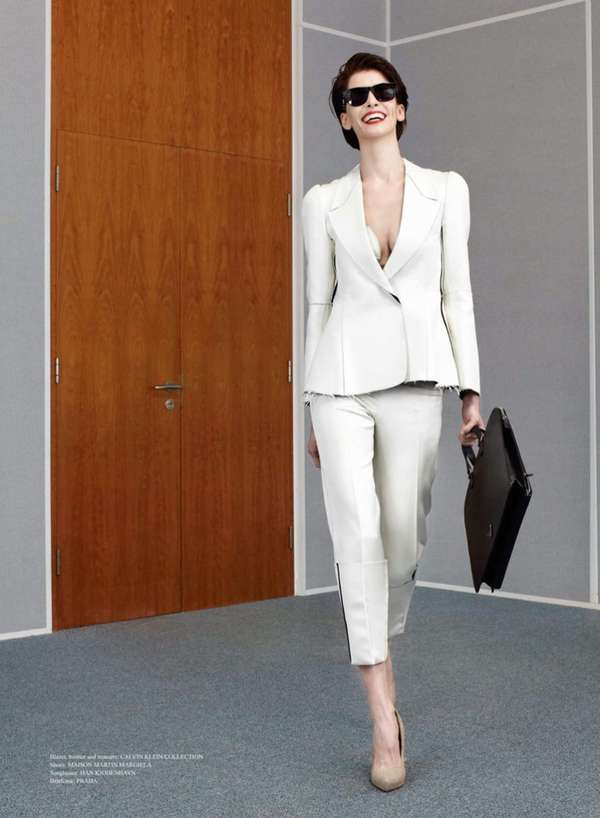 Meghan Young — May 14, 2013 — Fashion
References: sleek-mag & fashiongonerogue
Share on Facebook Share on Twitter Share on LinkedIn Share on Pinterest
The Sleek Magazine Spring 2013 editorial showcases a put-together wardrobe for the workplace with an androgynous spin. Model Kristina Salinovic could easily be doubly crowned by her fellow colleagues and supervisors as both employee of the month and most fashionable employee. Sleek and chic, the looks can easily be replicated to a tee by everyday working women.

Shot by photographer Thomas Lohr, the Sleek Magazine Spring 2013 editorial was styled by Christian Stemmler. He pulled enviably sophisticated pieces from the likes of Christian Dior, Calvin Klein and Celine, all of whom are known for their elegant, pared-down designs. The Croatian beauty might take some risks in the form of short shorts, visible bras and metal heels, but overall the looks are quite proper.