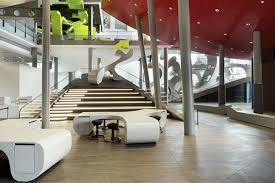 The idea came about for the 2014 eVolo skyscraper competition. Contestant Ziwei Song came up with an idea to combine Downtown, Chinatown, Echo Park and Temple Beaudry to create a sustainable and pollution-free ecosystem. Rather than having freeways, there would simply be big futuristic looking structures that would allow citizens to travel between them.

For all the leftover pollution, there would be plants able to absorb it, thus making for a cleaner L.A. all around. While it may be a pipe dream, it's no stretch to believe this could be a way to clean up the city in the future.
4.2
Score
Popularity
Activity
Freshness
Attend Future Festival