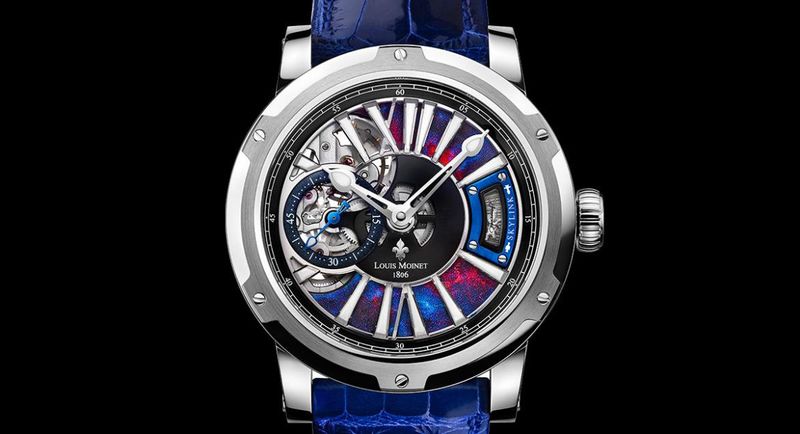 Justin Lam — April 24, 2018 — Fashion
References: louis-moinet.watchonista & luxurylaunches
Share on Facebook Share on Twitter Share on LinkedIn Share on Pinterest
Watchmaking brand Louis Moinet is no stranger to innovative timepieces, but its recent Skylink timepiece finds inspiration in an unlikely source. On July 17, 1975, the US and former USSR came together to launch a joint space flight known as the Apollo-Soyuz mission. This flight became a symbol of the easing cold war between the two superpowers. The US would go on to launch the Saturn V, while the USSR launched the Soyuz 19. The two capsules would eventually meet in space and be commemorated with a handshake between cosmonaut Alexey Leonov and Commander Thomas Stafford.

This is the story and moment in history that inspired the Louis Moinet Skylink timepiece. To commemorate the history, the watch features an actual piece of Kapton foil from the Apollo as well as fibers from Leonov's Russian Sokol-K space suit. The case of the watch measures in at 43.2mm and is available in both white gold, rose gold and steel. The two gold versions will be limited to 19 pieces while the steel version will have 75 produced.