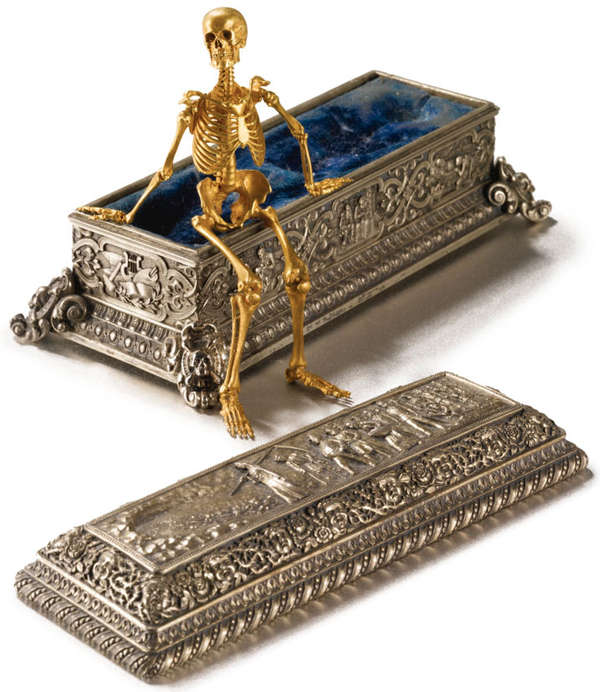 Ian Andrew Panganiban — April 17, 2013 — Luxury
References: crackajack.de
It’s not uncommon for people to lavish themselves in their interest -- no matter what the price tag -- being that death is a popular interest among some of the populace; luxury items revolving around death are valued commodities, such as this golden skeleton figurine.

The Rouchomovsky Skeleton is an articulated golden skeleton partnered with a silver-gilt sarcophagus. The engraved designs on the coffin showcases art works that embody life and death in artistic fashion. The golden figurine of life after death could become a suitable staple in their life for anyone with a keen interest in death and a large enough bank account. With an estimated price tag of $150,000 to $250,000 this 3 1/2 inch golden sculpture isn't for the regular goth fan. The silver coffin has the length 4 3/8 in, 9 cm, 11.2 cm.