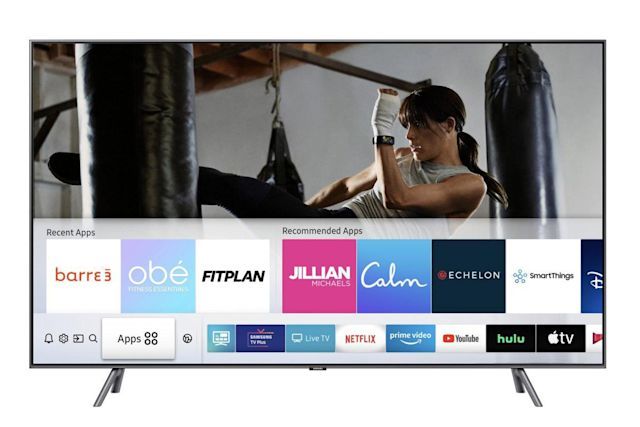 Daniel Johnson — April 22, 2020 — Tech
References: samsung & engadget
Share on Facebook Share on Twitter Share on LinkedIn Share on Pinterest
Samsung is launching six fitness apps that can be sued on smart TVs, which will be released to a number of different regions around the world. The workout apps will be available on any 2018 Samsung TV or later, however, Fitplan will only be compatible with 2019 models. Overall, adding the six apps will help people remain active while they are at home due to the outbreak of COVID-19. The demand for home workout platforms is reaching all-time highs, so Samsung’s launch should see widespread success.