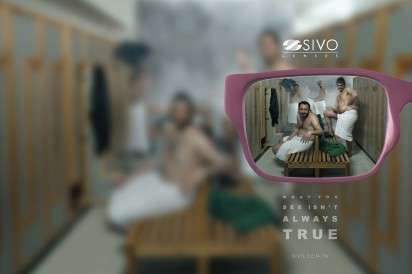 The Sivo Lenses Campaign Unveils Scary Situations as They are

Meghan Young — April 14, 2012 — Marketing
References: jwt & ibelieveinadv
Share on Facebook Share on Twitter Share on LinkedIn Share on Pinterest
A person should always have there wits about them, and that includes their physical senses as shown in the SIVO Lenses campaign. In particular, the print ads show how important proper vision can be. When a person can only see blurry scenes, there is a lot of room for deception and trouble.

The SIVO Lenses campaign was conceived and executed by JWT, an ad agency based in Tunis, Tunisia. Art directed by M’Timet Racem with creative direction by El Zoghlami Ahmed, the ad campaign was photographed by Chalghoum Karim. Beyond the Sivo lens promoted in the ads, the image is blurred out. Without the glasses, a person could easily mistake the scenarios as safe. They are far from that, however. For instance, what looks like a family portrait is actually a kidnapping.
5.9
Score
Popularity
Activity
Freshness
Jeremy Gutsche Keynote Speaker