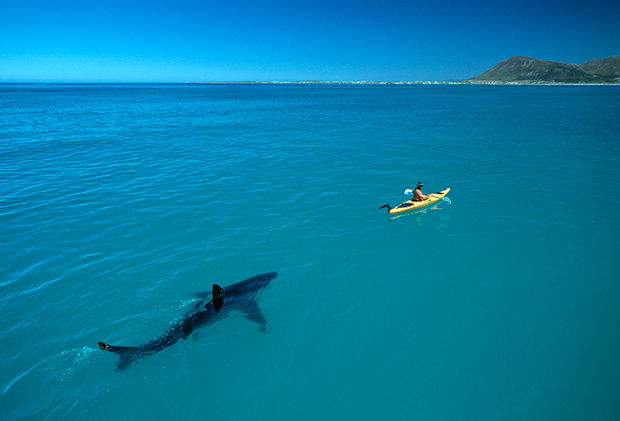 With his photographs, Peschak illustrates a reality that is at odds with the popular perception. It is in fact we who are the predators; the sharks, the prey. In fact, sharks are far from the fearsome beasts that we are lead to believe they are. Peschak presents a different side to the shark, one that's both magical and vulnerable. The images serve as a reminder that, unless we begin protecting these creatures, they might soon be lost forever.

Of the project, Peschak says, "I realized that many people have an abundant desire to talk about sharks, but there is also an abundance of misinformation about them, which feeds into the culture of fear surrounding these popular predators. Then and there I vowed to create a book that investigates and honestly reports on the complex and contentious relationship between 'Jaws' and us."