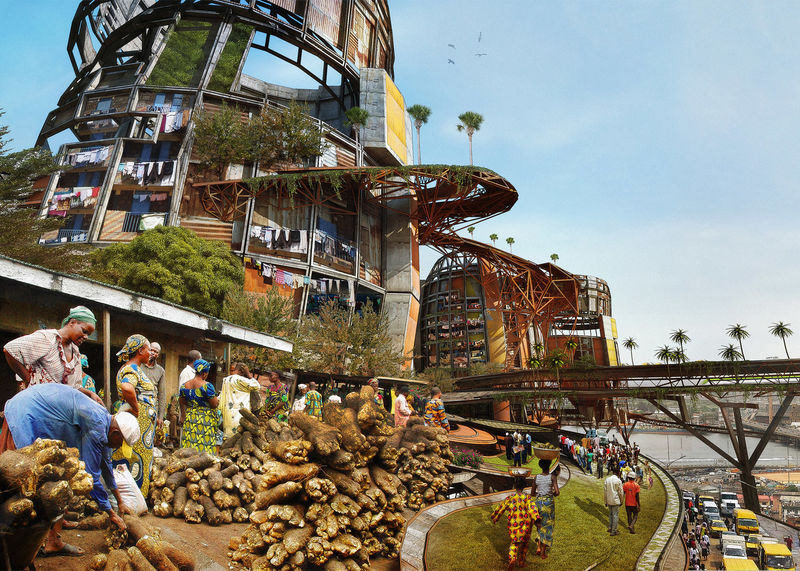 The project, dubbed 'Shanty Megastructures,' is strange to view due to its ability to subvert ones expectations as to what a city should look like. By translating shanty towns to the center of cities, the designer places the issue somewhere that can't be ignored, as the people living in extreme poverty too often are.

Olalekan Jeyifous explained the project by saying "These images juxtapose sites of privileged and much coveted real-estate throughout Lagos, Nigeria, with colossal vertical settlements representing marginalised and impoverished communities." With this, Shanty Megastructures looks to generate a conversation surrounding the lack of resources granted to shanty towns and the government's desire to replace the areas with private sectors.
4.9
Score
Popularity
Activity
Freshness
Access Advisory Services