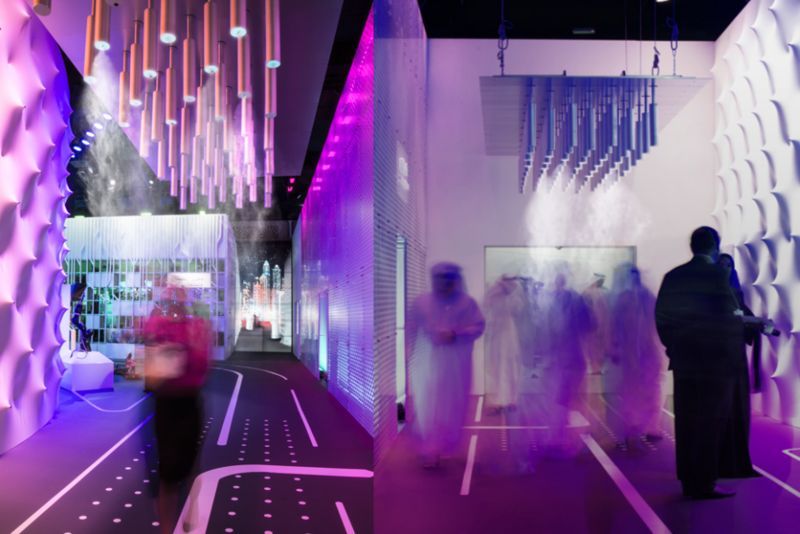 Laura McQuarrie — February 16, 2015 — Eco
References: carloratti & psfk
Share on Facebook Share on Twitter Share on LinkedIn Share on Pinterest
Senseable City is an MIT lab project that envisions environments of the future becoming more responsive to our needs through the use of technologies like sensors, mobile electronics and wearables. Inspired by this, architect Carlo Ratti created Cloud Cast, a series of illuminated rods that release a light mist when you're passing by.

While this concept is probably familiar to you if you've been to an amusement park on a super hot day and found an oasis in a misting station, Cloud Cast proposes racking heat and motion through lamps and motors to deliver hyper-localized sprays, so that energy and water are used sparingly. Although this idea is still very much in the conceptual stages, the refreshing Cloud Cast made a debut in Dubai, where it was likely much appreciated even in indoor settings.
5.1
Score
Popularity
Activity
Freshness
Get Better and Faster