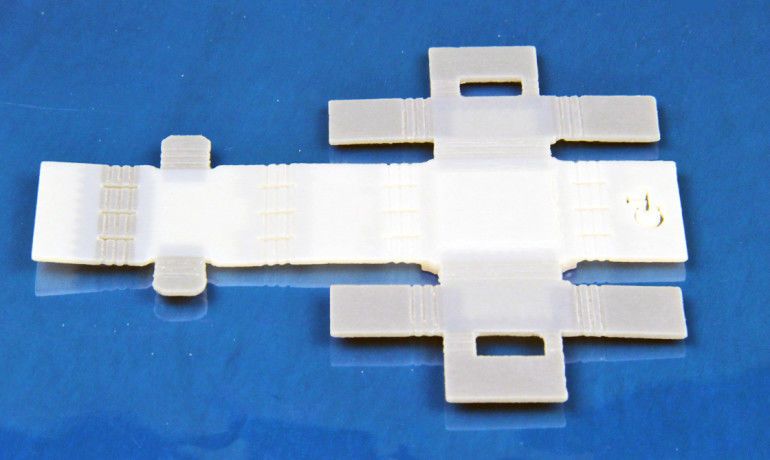 Cadhla Gray — September 28, 2015 — Unique
References: news.gatech.edu & futurity.org
Share on Facebook Share on Twitter Share on LinkedIn Share on Pinterest
Scientists from the Georgia Institute of Technology have discovered a way to design self-folding structures from materials that move or expand based on heat. Using shape-memory polynomers (SMPs), they created boxes out of different materials, layered and folded in specific ways.

When the materials heat up, they transform in different but corresponding ways so that they can fold themselves automatically. Since they heat and move at different speeds, each section of the box doesn't interfere with another.

The completed box resembles a postal box, showing its potential in the real world. These self-folding structures could be used to ship things flat that would later expand into a box or tube. While the uniform heat for this prototype came from a tank of water, the scientists hope to achieve the same technique with air heating, light or moisture.
4.9
Score
Popularity
Activity
Freshness
Get Trend Hunter Dashboard