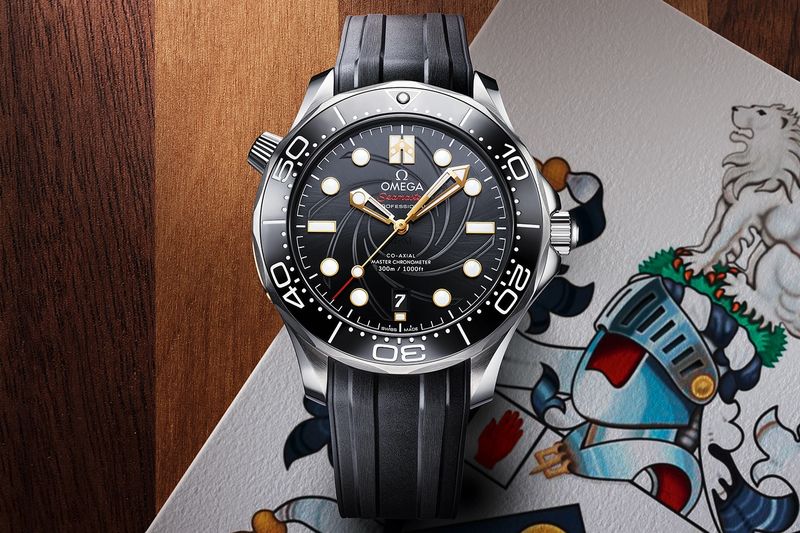 Daniel Johnson — September 25, 2019 — Fashion
References: omegawatches & hypebeast
OMEGA has created a new 'Seamaster Diver 300M' watch in order to mark to 50th anniversary of the James Bond film, On Her Majesty's Secret Service. The watch will be limited to only 7,007 units, which is a reference to the James Bond series. OMEGA has not indicated what the price point or release date will be for its new Seamaster Diver 300M watch.

The design of the James Bond-themed watch features a 42mm stainless steel case, which is coated in a PVD black ceramic dial. The dial has images that reference the spiral gun barrel from the film. There is also an 19K gold plate on the side of the watch case, which displays the model number. Above six o'clock the number seven is presented, in the same font as the '007' branding.