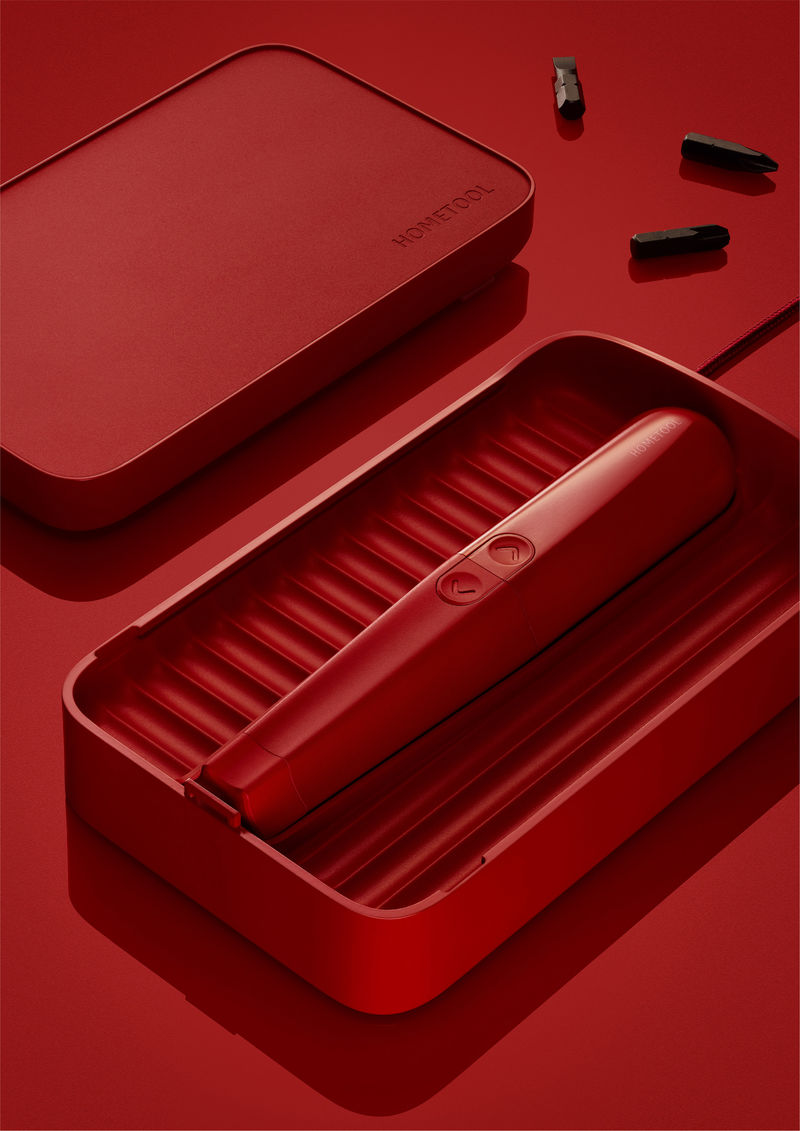 Kalina Nedelcheva — January 29, 2020 — Art & Design
References: instagram & dezeen
A graduate from ÉCAL has proposed a screwdriver design that is multi-functional, chic, and "unintimidating." Billed as the ultimate 'Home Tool,' the product combines a manual screwdriver and a cordless drill, which makes it extremely useful for simple repairs in the house and accessible to all levels of dexterity. The minimalist silhouette of the screwdriver design welcomes first-time users as they embark on their DIY project or furniture assembly.

In addition to being slick and minimalist, Byongseon Bae also adds an LED light that will assist individuals when they are making repairs in darker spaces. The screwdriver design is made with the modern consumer in mind who rents abodes rather than owning them.

The product is offered in a lush red colorway.