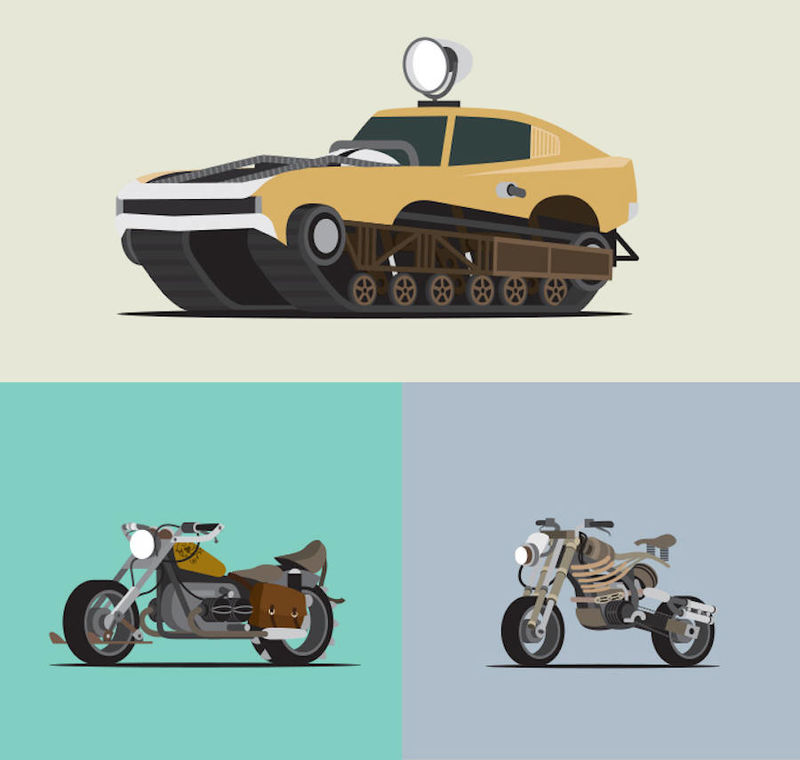 The dystopian science-fiction film boasted over 33 crazy vehicles, from cars with spikes and peaks to customized motorcycles. Scott's cartoonish illustrations of these vehicles portrays the cars in a more whimsical light, which differs from depictions in the film.

Park has mastered the art of reintroducing popular pop cultural artifacts through fun and playful illustrations. Park's 'Mad World' collection is available for purchase on his website as posters.
2.6
Score
Popularity
Activity
Freshness