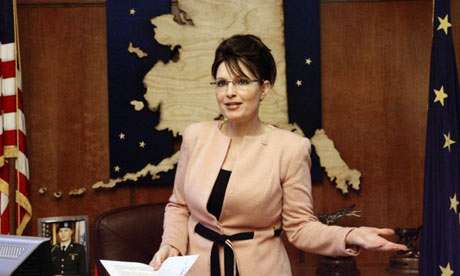 Ayman — August 29, 2008 — Social Good
References: guardian
Share on Facebook Share on Twitter Share on LinkedIn Share on Pinterest
The blogosphere is abuzz with news of John McCain boldly choosing Alaska Governer Sarah Palin as running mate. McCain is bound to earn considerable buzz and votes due to this historic and socially-forward choice of Sarah Palin, an attractive 44 year-old woman. Barack Obama might be regretting his decision not to choose Hillary Clinton as running mate now…

This means that America will either have its first African-American president, or its first female vice president.

“They wanted to show that they are independent and that they are the agents of change and they have gone outside the [Washington area] to do it,” said Texas senator Kay Bailey Hutchinson, a senior female in the US Senatetold to MSNBC TV. “Of course there’s a risk, and I think John McCain assessed that risk”.

Three years Obama’s junior, Sarah Palin has been governor of Alaska state less than two years. She is Alaska’s first female governor. This bodes very well for her and McCain.

(The photo in which she wears the furry vest is by Ryan McFarland)
5.8
Score
Popularity
Activity
Freshness
Attend Future Festival Virtual