Social Networking for MILFs
Next
Set of
Related
Ideas 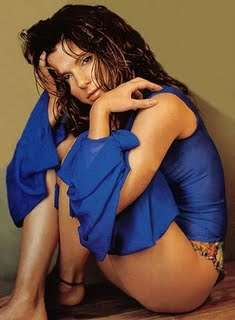 Marissa Liu — September 1, 2009 — Lifestyle
References: popwatch.ew
Share on Facebook Share on Twitter Share on LinkedIn Share on Pinterest
Sandra Bullock is a cougar. As an actress in her forties, Sandra Bullock has defied convention by romancing younger men (on and off screen). This summer’s The Proposal starring Ryan Reynolds, 32, raked in millions, and next up for 45-year-old Bullock is another romantic comedy, All About Steve starring Bradley Cooper, 34.

In real life Sandra is married to a man five years her junior, West Coast Chopper CEO and television host, Jesse James. Her co-stars this summer Bradley Cooper and Ryan Reynolds are both over a decade younger that the ever-youthful actress. Bullock has addressed the older woman-younger man phenomenon saying, ”...it’s funny how the older/younger thing is still a taboo… how often in life are you going to find your mate and that mate happens to be your same exact age and happens to have had the same life experiences to match where you are in our life so you guys can meet perfectly and give society what it wants? It just doesn’t happen that way…So why are we stopping these great connections based on age, or race or colour or whatever, gender, whatever?” If box office numbers are any indication, it seems that the public, us included, couldn’t agree more.
6.4
Score
Popularity
Activity
Freshness
View Innovation Webinars