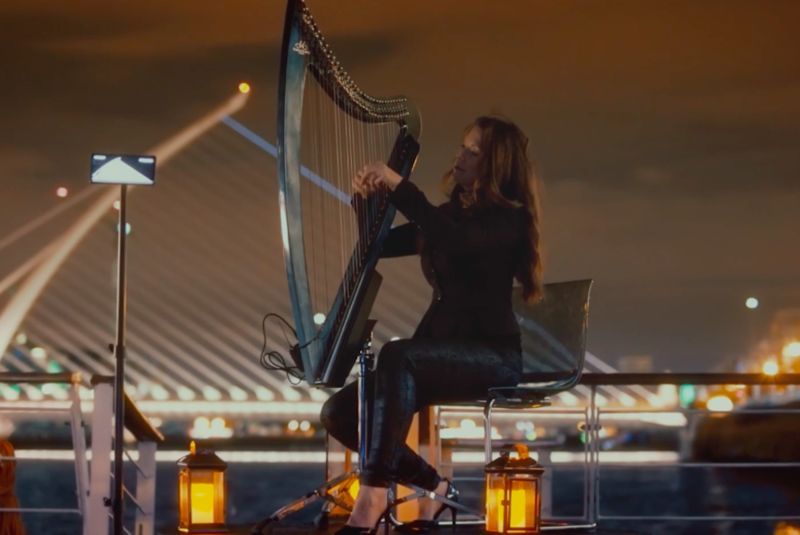 Samsung Transformed the Samuel Beckett Bridge into a Playable Harp

The bridge, which already bares a striking resemblance to the musical instrument, was converted for a night as a creative iteration of Samsung's 'Do Bigger Things' campaign. Through the initiative, the team brightened the bridge's cables, and used special software to connect each cable to a specific string on harpist Aisling Ennis' instrument. Every time the musician strummed a chord, a corresponding cable would light up, creating the impression that the bridge was being played.

The creative team behind the project aimed to reimagine the bridge in an entirely new light to both inspire and entertain those who had the chance to witness it.
5.4
Score
Popularity
Activity
Freshness
Get the 2021 Trend Report FREE