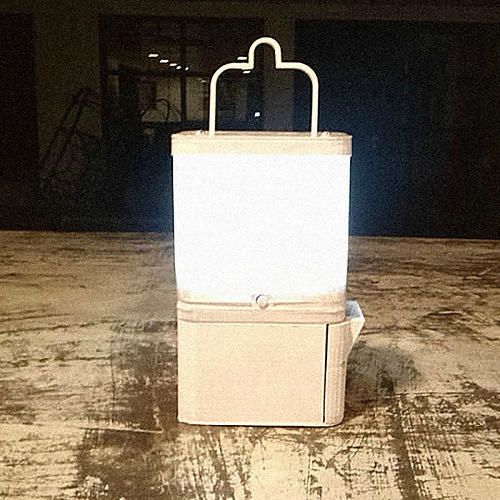 Katherine Pendrill — July 8, 2015 — Eco
References: salt.ph & fastcoexist
Share on Facebook Share on Twitter Share on LinkedIn Share on Pinterest
Designer Aisa Mijeno has created a revolutionary lamp that uses salt water to power its advanced galvanic cell battery. For many people around the world living off the power grid, dangerous kerosene lamps are the only available source of light. The 'SALt lamp' provides an alternative lighting solution that can be sustained through the use of seawater.

The lamp uses salt water as the electrolyte, which powers it galvanic cell battery. The lamp can last for about eight hours per day, for a period of about six months. To power the lamp for those eight hours, all you need is a single glass of salt water or a glass of fresh water and about two teaspoons of salt. The lamp is even equipped with a USB port on the side, which can be used to charge your mobile devices.

Using salt water to power devices may seem like a futuristic concept, however the device is already being used in the Philippines on a small-scale basis.
4.9
Score
Popularity
Activity
Freshness
Get Trend Hunter Dashboard