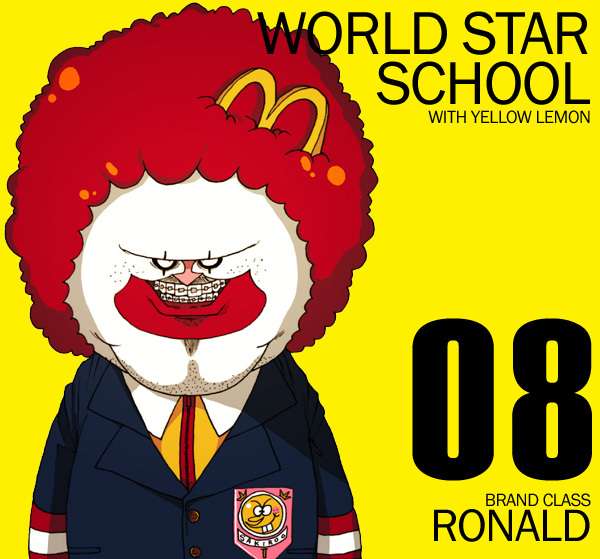 Sakiroo Choi Returns with a New Batch of Zany Creations

Jason Soy — November 20, 2011 — Pop Culture
References: behance.net & fuckyeahillustrativeart.tumblr
Share on Facebook Share on Twitter Share on LinkedIn Share on Pinterest
Sakiroo Choi is no stranger to filtering superheroes and pop culture staples through his uniquely imaginative mind to produce outrageous versions of familiar characters, but with this ‘Special School with Yellow Lemon’ series, he truly takes creativity to weird and beautiful places.

In this self-initiated project, Sakiroo Choi explains he envisioned a school that was entirely inhabited by pop culture’s elite characters, all dressed in uniform. Sure, seeing Batman and Superman together may not be that out of the ordinary, but taking the two and putting them in a class with Ronald McDonald, Homer Simpson and Michael Jackson? How absurd!

Much more interesting than the characters in this collection though is the way in which Sakiroo Choi illustrates his subjects’ features. With oblong heads, menacing grins, beady eyes and dental work from the '90s, these “students” are all simultaneously cool and creepy.
5.3
Score
Popularity
Activity
Freshness
View Innovation Webinars